Welcome to Steamworld Entertainment. We hope that you will enjoy your visit with us. On this website you will find information on what we've already done, our current productions, upcoming projects and a chance to provide feedback and support. 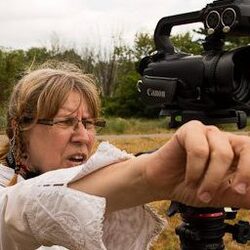 STEAMWORLD ENTERTAINMENT is an independent film company based in Kitchener, Ontario. Our primary aim is to make films on an extremely modest budget. We believe that great characters and exceptional story-telling are the key elements to any entertaining movie. With the increasing use of the internet to show and distribute talent this is the time for small filmmakers to share their visions with a world wide market. We at Steamworld Entertainment are pleased to enter that forum. 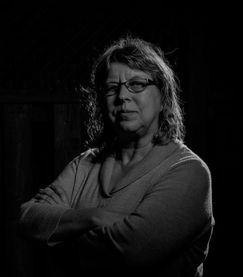 DANUTE [DANNY] DORION has had a love of the movies as far back as she can remember. Growing up she was always writing scripts and re-enacting films. Movies are more than just entertainment for her. She has always found pleasure in taking films apart to discover what makes them work or not work. In 2007 she decided to take her passion to the next logical step. She got a camera, some books on making movies on a budget, and an editing suite. A graduate of Queen's University, with a BA Honors in Drama, she has been able to combine her movie savvy and theatre experience to create Steamworld Entertainment Films.
WHAT'S NEW: February 8,2021

So there were a number of challenges as small low budget film makers experience. Tiverton is always windy. But the day we shot the Lithuanian camp scenes there was a storm brewing and it made recording sound a challenge solved creatively by recording from inside the tents to recording under the table with stuff piled around the mike. It took many hours of work but we finally were able to get it pretty clean. And then the battle scene. Where we lost a whole card of footage. Means I only had half the stuff and anything we shot simultaneous from two angles were now just from one angle. Which means we needed to get creative. And, of course, only half the folks who were supposed to come out did. But despite all that I am thrilled with what we achieved. So enjoy Part one. Would love your feedback.

Getting back the few CG bits for the  A Tale of Warriors proof of concept.  Lots of footage has been successfully sorted.  The trailer itself is about 2/3 done.

2021 will be the year we successfully complete all of out outstanding projects.  As no new projects are planned. So even a pandemic can't stop us or our independent film maker compadres.
WE ARE ON FACEBOOK -  We now have a Facebook page.  It allows us to post notices, articles of interest instantly.  We feel this will be a better way to share information with our film community.  It will also allow members to post as well, any other projects they are involved with, be it for screenings, calls for cast and/or crew, or pictures of works in progress.  You name it.  If it is related to film.  If you are interested, please check us out and we can add you to the group:   www.facebook.com/groups/steamworldentertainment/
CHECK OUT SOME OF THE COOL PEOPLE AND GROUPS MAKING MOVIES  IN ONTARIO, CANADA:

Lolabo Pictures -  an independant film maker based in KW: http://www.lolabopictures.com/

​Em Holbert - Musician and songwriter with a strong bend towards medieval and folk music - emholbert.bandcamp.com