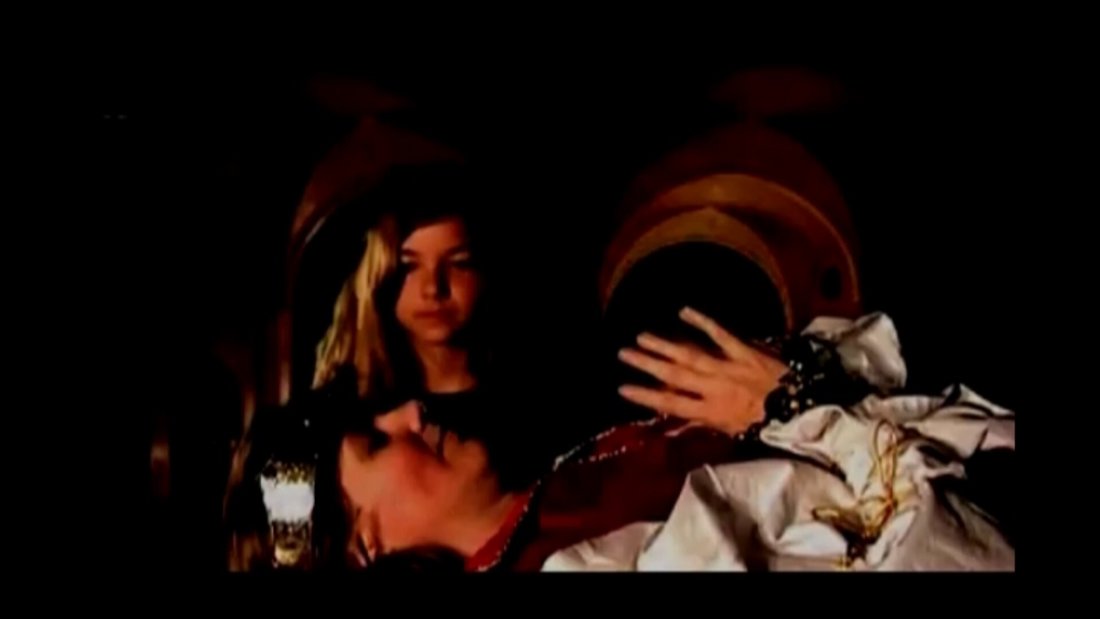 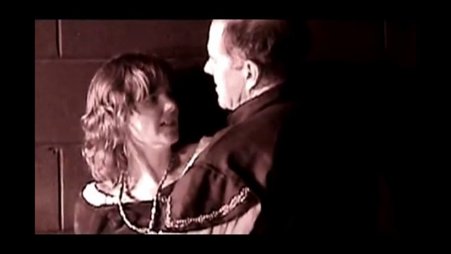 ​
The film is based on a poetry piece called A Cycle for 8 Voices, which relays the events leading up to Arthur's drawing of Excalibur from the stone. Although this version takes its own unique spin on the legend. The story is told by eight people: Merlin, Uther, Gorlois, Hector, Arthur, Ygraine, Morgana and Guinevere.  We aimed for a production that was stylized in its presentation, including some material of a more graphic and mature nature. While the sonnets are the backbone of the script, there was also improv and interactions initiated by the cast.

The budget will end up somewhere just under a $1,000 dollars. We continue to be fortunate to have a network of talented people who are willing to lend their art to us at no cost, whether as cast or crew. For this project our expenditures have been on craft services, because you don't want hungry people working on an all day shoot, costuming, location rental for green screen work, the addition of two sets of lights, the green screen, a tool kit that travels to each shoot, the beginnings of a makeup kit and a homemade steady-cam.

Work began on this project in February 2010. There are still a few last minute filler shots needed, but principle photography is complete. Fixed to an extremely low budget, we could not fly our cast and crew to foreign locations so we had to find a way to bring those locations to us. We wanted to replace the makeshift look of the interior scenes we used inShimea with something more professional. So with that said, this has been a very ambitious project due to the large amount of green screen work that was done. We have been able to acquire the talents of Kristina from Retrospect Film Group to help with all of the green screen work. While we have been able to do a portion of it ourselves, thanks to our acquiring a better editing suite, the problem scenes are all being handled by Kristina. We suspect there is some cursing and hair ripping going on, but we would be doomed to failure without her clever input and skills. Be sure to scroll down and check out a couple of videos on this. One showing the parts needed to assemble a green screen shot. The second is a finished clip. Just a little something to whet your appetite. Of course, in all of this there is a lesson to be learned; lighting is key to excellent green screen as well as video quality [High Def or the highest DPI possible]. Otherwise, there is a blur around the subjects which makes it very hard to green screen. The blur makes various shades of green which bleeds into the subjects and objects you want to keep. Anyway, lesson learned. We now have a better camera which should eliminate that problem.

Three of the four planned episodes are completed.  The fourth was 75% done when our computer hard drive was stolen.  A valuable lesson, as since then we make backup discs of everything.

As always, we have been lucky to get a core of faithful support for this project, including several familiar faces from Shimea. We were once again able to finagle Blackthorn Productions into coming onboard to help with our fight choreography. And we would not have been able to have had a successful battle shoot without Emily Schooley stepping in to do a quick coaching session for those faithful stalwarts who braved the cold.  We wish to acknowledge our thanks to Fantastic Creations for their willingness to work a deal whereby we were able to get the use of a number helmets and swords, bows and axes.  Also, thanks to Carolyn and Francois van Heerden for letting us borrow Excalibur for an undisclosed period of time. You will get it back, I promise.